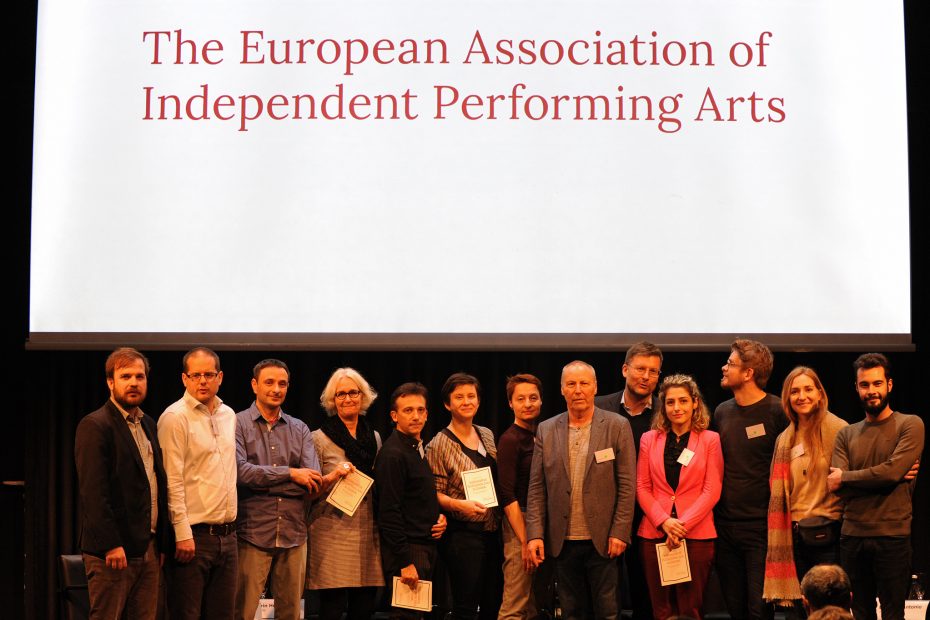 The first General Assembly of our newly founded network took place in Munich / D as part of the IETM annual assembly. In this General Assembly the members of the Board of EAIPA were elected. Nina M. Kohler and Lena Gustafsson became Board Members, George Remes Secretary, Axel Tangerding Communication Officer, Davide D’Antonio Treasurer, Kathrin Hrusanova Vice-President and Ulrike Kuner President. Kryśtof Koláĉek and Miguel Lozano were elected as auditors. We would like to express our gratitude towards all who accompanied the founding process so far and want to give especially big thanks to Stephan Behrmann and Janina Benduski from the German Association of Independent Performing Arts for their support!