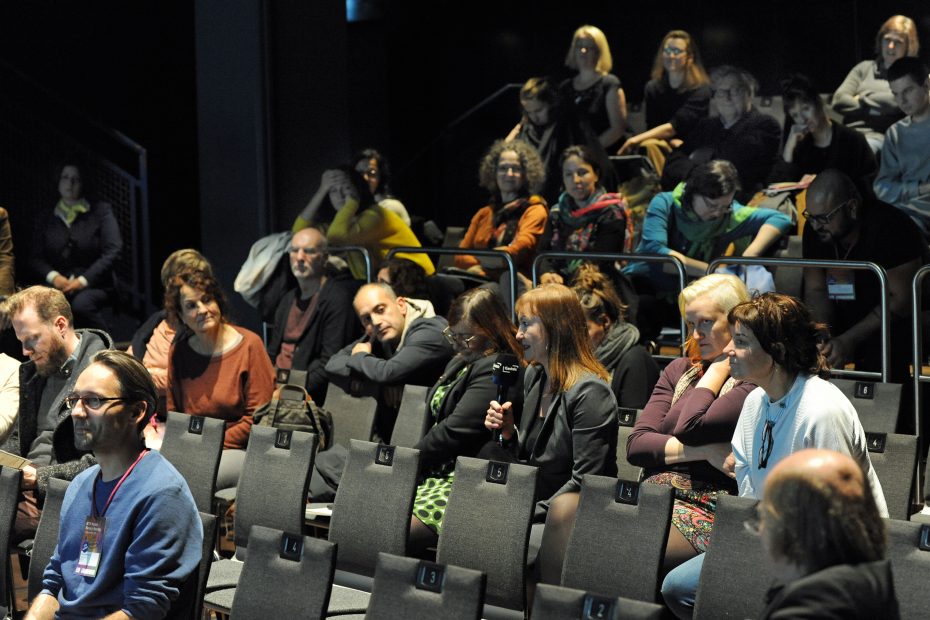 We were proud to present our newly founded European Association of Independent Performing Arts publicly in the framework of the IETM annual assembly at the Gasteig in Munich, directly after the first General Assembly. Although the event was scheduled in the late Sunday afternoon, more than 100 interested people from the professional artistic world attended. On this occasion, Thomas F. Eder presented the research paper “Independent Performing Arts in Europe. Eight European Performing Arts Structures at a Glance”, which he compiled on behalf of EAIPA. The presentation was very touching and highlighted the importance of reliable data, facts and figures – or the absence of them. The main questions focused on social security, high poverty risks and visibility, which are common topics when speaking about and dealing with the independent performing arts in Euorpe.