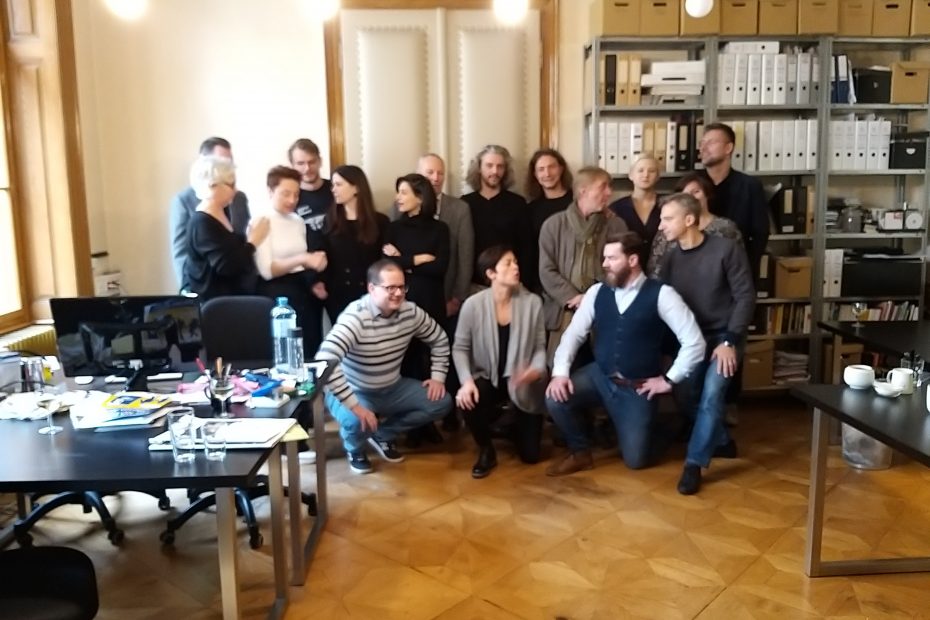 On a quiet November day, a very international group gathered at IG Freie Theater in Vienna’s sixth district. The represented nationalities ranged from Slovenian and Czech to Hungarian, Swedish and Icelandic, from German to Italian and Austrian. But what brought them together? It was the desire to enrich and intensify cooperation in the Independent and Performing Arts Sector on the international and European level – not only within the European Union (EU), but encompassing the whole European continent.

Members
Currently, the European Association of Independent and Performing Arts (EAIPA) counts 14 member associations from 10 different countries. At this point, the EAIPA also wants to use this opportunity to officially welcome their new members, the Association of Independent Theatres in Iceland (AITI), and the Danscentrum Stockholm from Sweden. Additionally, application talks with associations from countries such as Ukraine and Slovakia are well on their way – these will be up for debate at the next EAIPA meeting in January 2020 in Berlin.

What else happened this November?
The goal for the national associations‘ representatives was to identify the direction of the association’s activities and to outline the next relevant steps on the EAIPA agenda. After intense and constructive discussions, the members managed to compile a concrete 5-year Timeline and Activities Plan (2019-2024).

Key aspects
The most important two aspects for the near future are:

First, contact with other associations in the scene from all over Europe (not just from the EU!) must be established and further dialogue with Eastern European partners needs to be sought. In order to make the sector’s issues visible and improve not only the artists‘ social security situation but also their funding, the countries and their associations must strengthen cooperative ties.

Second, a crucial aspect is to enter into dialogue with political representatives at a national as well as at the European level. The Independent Performing Arts scene must increase its visibility and engage more with its audience. Visibility and Recognition are the key aspects.

Outlook
After nearly two years of work, the EAIPA has already fully engaged in the exciting process of capacity building, which, for the future, relies on cross-national cohesion in order to be able to act on a European scale. And isn’t this exactly the aim of art itself? To create an open society, for cultural exchange to take place across borders and differences?

Stay tuned!
Until the next meeting of EAIPA in January 2020, in the context of the Bundeskongress in Berlin, we will keep you updated via various channels! Follow us on Instagram (@eaipa1), Facebook (EAIPA – European Association of Independent Performing Arts) or via Twitter (@eaipa1).